Share
Diamonds are arguably the most desirable of all nature’s wonders.  Apart from their natural beauty and brilliance, what else makes a diamonds so special?
1. Diamonds are the hardest substance on earth, making them the perfect choice for engagement rings.
2. Owning a diamond means that you own one of nature’s oldest creations. Diamonds take billions of years to form and are created hundreds of kilometres below Earth’s surface – brought to the surface by volcanic eruptions.
3. Diamonds come in a beautiful array of colours, with Pink Diamonds being the most rare and sought after.
4. What many do not realise is that fewer than 20% of diamonds mined are of gemstone quality. The majority of mined diamonds are used for industrial purposes.
5. America has the world’s biggest market for purchasing diamonds with approximately 40% of the world’s diamonds traded there. This is in significant contrast to their status as one of the world’s smallest diamond producers.
6. Diamonds were originally discovered and mined in India. Up until the 18ct century they were predominantly mined there, now they are mined all over the world.
7. The largest diamond ever found on earth is the Cullinan, weighing an incredible 3106 carats.
8. The diamond industry is one of the world’s biggest industries. Each year approximately $13 billion worth of rough diamonds are mined. Over 50% of these are mined in Africa. It is estimated that over 10 million people worldwide are directly and indirectly employed by the diamond industry.
9. All over the world, cultures have different beliefs in the mystical powers of diamonds. Roman and Indian cultures believe that wearing a diamond will ward off evil spirits and protect the wearer from danger. In the Middle Ages it was believed that diamonds could be used to cure fatigue and mental illness. Ancient Romans mythology tells us that diamonds were splinters of stars falling from the sky.
10. Arguably the biggest diamond in the universe is the ‘Cancri e 55’. In 2004 scientists discovered that the planet is made up of 1/3 diamond!
Share 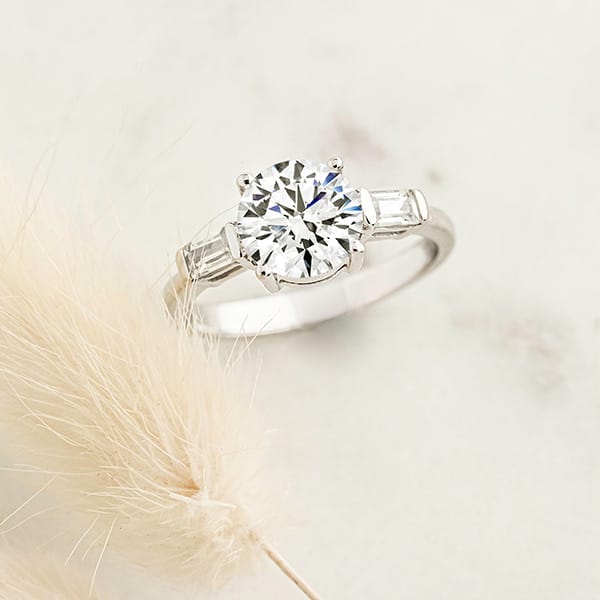 Add a little luxury to your engagement or wedding

Did you know? Sapphires can be found in every colo

Belinda Phu
05:18 10 May 21
Big shout out to Jarrad from Larsen's. He made ring shopping for my partner and I enjoyable , stress-free and informative. He is obviously very knowledgeable and experienced in fine jewellery craftsmanship.Not only were we happy with Larsen's customer service but the quality and attention to detail of their jewellery is absolutely stunning and top notch..Highly recommend

Sean Westaway
01:00 07 May 21
The staff were extremely helpful with the whole organisation and planning of my ring. We sat down and we ran through all the information, different aspects of a ring and how it could all come together within a budget! It made a very nervous experience an easy and delight to do! Massive thanks to Alex and the team at Larsen!

Benjamin Holt
00:35 03 May 21
Rod and the team at Larsen Jewellery were excellent. Me and my partner had been searching far and wide for the right engagement ring that was the right price and good feel about the store we were in. What we found that Larsen did different to all the other places we had been to, rather than just buying the diamond online from a platform based on it's certificate, their diamonds were sourced from suppliers and Rod actually looked at the stones personally before we purchased one. This meant we were able to get a stone that according to the certificate had more inclusions but were not visible to us under a microscope that gemmologists use, therefore not visible to anyone with the naked eye. This enabled us to get a better colour option which is visible to the naked eye with the money we saved by changing the inclusions grade. We were very happy to find Larsen and would highly recommend them :)

Beth Yule
05:37 28 Apr 21
Alex was really helpful and nice when my husband and I went in to choose my wedding band. They had a gorgeous selection of rings that it made it hard to choose just one special ring but in the end we chose a beautiful one and I couldn't be happier with it. We will definitely shop there again.
See all reviews