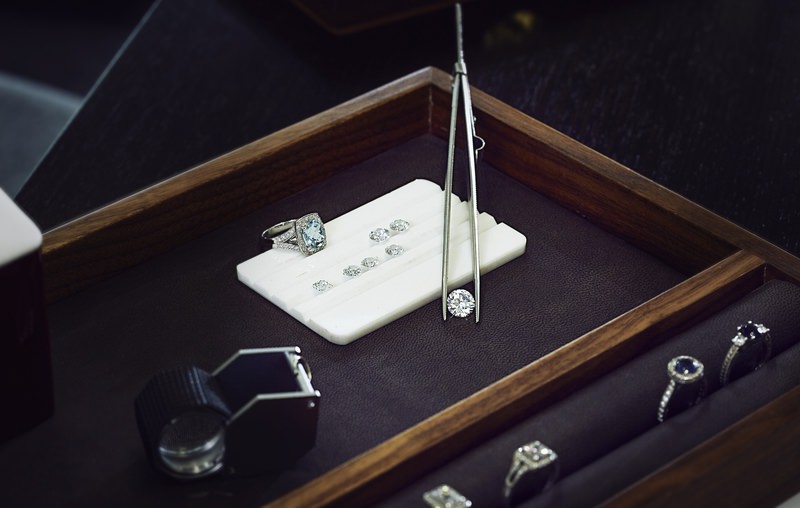 Diamonds are one of the most desirable things on the market, they have been for centuries and still are today. Their exquisite nature is undeniable, they truly are one of nature’s finest miracles.

It is not only their brilliance and beauty that set them apart from so many others. Here are 10 other fascinating facts about diamonds that will make you fall in love with them all over again:

1. Many do not realise just how old a diamond is and how many years it takes nature to form such an exquisite gem. They are billions of years old, in some cases over three billion years old.

2. Does curiosity make you wonder how diamonds are actually formed? They are made almost purely of carbon. It is 100’s of miles beneath the earth’s surface that this magic starts, under the heat and pressure carbon atoms bond which results in a diamonds crystalline structure.

4. Diamonds are the hardest natural substance on earth. It is unsurprising that they are considered the most ideal choice for engagement rings.

5. Throughout Ancient cultures it is the common belief that diamonds give the wearer strength, protects against evil and holds healing properties to assist in the cure of various ailments.

6. The largest diamond ever to be discovered is the Cullinan diamond which weighed an incredible 3106 carats, a total weight of 1.33 pounds. It was discovered in South Africa in 1905 and was given to King Edward and eventually was cut into 9 diamonds that make up the crown jewels.

7. The first diamond engagement ring is believed to be the gold ring, with an ‘M’ made of diamonds, that was given to Mary of Burgandy in 1477 from Archduke Maxmillian of Austria.

8. Where are diamonds found? All across the world. The original source was India but then Brazil and Africa took over as the main source. Today they are also mined in Canada, Botswana, Russia and Australia.

9. Diamonds are not just white. The most sought after diamonds are pink, in particular the Argyle Pink diamonds from Australia. Prices for pink diamonds have no limit, it is not uncommon for them to be valued into the hundreds of thousands or millions. Along with pink diamonds, blue diamonds are one of the most rare whereas yellows, cognacs and champagnes are more commonly found making them the more affordable of the coloured diamond options.

10. The most mind blowing diamond fact is that in 2004 scientists discovered a planet that is believed to be almost made up entirely of diamonds. Appropriately they named it “Lucy in the Sky with Diamonds”.

When thinking of engagement rings the most common image to pop into people’s minds is the solitaire, a single diamond on a...