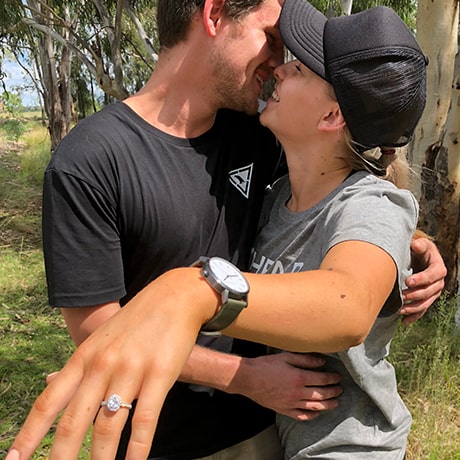 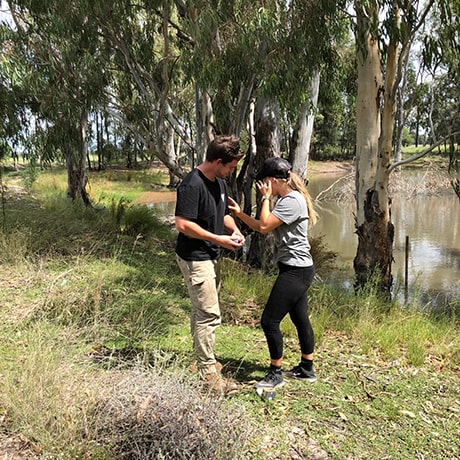 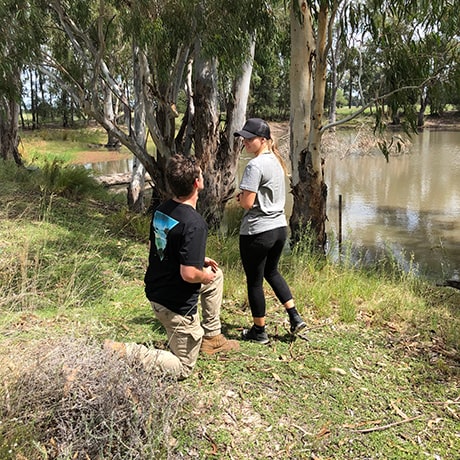 On the 29th of January I got the amazing call that I’d been accepted for enlistment to the Royal Australian Air Force.

I couldn’t wait to tell Ned. We were so excited that our lives were about to change for the better. Two weeks before I left for recruits, Ned told me we were going camping for the weekend to a camping spot he treasured and had been going to since he was a baby. A place that has so much value in his heart.

On the 10th of March, we were by the lake and getting a nice photo of us by the water. He was hugging me from behind and then let go. I turned around and he was on one knee, then asked me to marry him. It was so perfect!

Remote appointments available in both our Melbourn