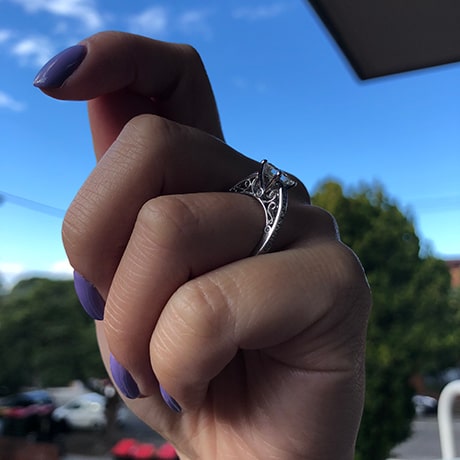 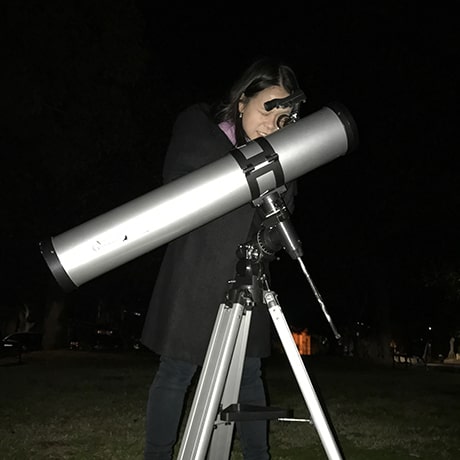 Every night before bed, Troy watches a plethora of videos about space, the expansion of the universe, black holes, stars… The list goes on. Troy had spent the last eight months or so inserting an ‘Inception’ style line of lies to make me believe that it was the night of a meteor shower; once in 20 years! A lifetime event!

Of course I had to go out to the Rocks, after a long Friday at work, and see this meteor shower! Troy said he wanted to do a nice dinner afterwards to celebrate my recent promotion, so we’d have to dress nicely. I felt bad that we hadn’t celebrated his promotion, so I went along with that too. ”But Jade, you’re going to have to carry the telescope to the observatory to see the meteor shower.” ”I’ll carry the telescope stand though”, Troy stated sheepishly.

My immediate thought was, ”Great, just another arduous task for a Friday night.” ”What else, now? Has he even booked a place for dinner? In the rocks? On a Friday night?” Troy stated that he had a 9:00pm booking. ”Whaaaat! 9:00pm?” Okay fine, I admit it, I am always up for a night out. So off I went to put a thermos of hot peppermint tea together, along with some hand-warmer packs for the long haul of trying to catch this meteor shower. How exciting!

The traffic was clear the whole way to the city. Parking was extremely easy to find, and we went on our merry way. I carried this huge telescope up two flights of stairs, and through the grounds of the Sydney Observatory. Then, while Troy set up the telescope, I decided to do my usual thing and Snapchat my whereabouts. Troy pointed out the beautiful sights of the Harbour Bridge, which I waved off.

Finally I heard a, ”Woah! It’s so clear! Jade come over here and take a look!” I looked through the telescope, and finally got to see the meteor shower! I ”Ooh-ed” and ”Ahh-ed”, until the final huge shooting star!

Wait! It formed into the words, ”Will you marry me?” Immediately I was shocked, albeit also a little annoyed that I had been duped. There was no real meteor shower! I looked up to see Troy was on one knee! I hysterically laughed and cried, ”Yes!”

After months of planning, Troy had de-gutted his telescope, taking out the inner-workings of the mirrors and such, to engineer an iPhone holder inside. He sneakily placed his phone inside the telescope whilst I was busy on Snapchat, and played a video he had commissioned via AirTasker of the ‘meteor shower’. Essentially, I was staring into his phone, instead of the night sky. Well played, Troy., well played. Needless to say, I was beyond surprised.

Take a closer look at our stunning Amore and Mokum

Congratulations to Brooke and Darvid! We are delig

We are absolutely delighted to be joining @bachelo

wailin oo
12:15 26 Nov 21
Professional Service, quality of the product and on time delivery on my engagement ring. Above all my friends asked me where did you buy this ring? you know what to do now :)

Claire Garmaz
10:05 26 Nov 21
Had my absolutely gorgeous engagement ring made through Larsen's. Alex was very knowledgeable and professional throughout the whole process, even through lockdowns! We were shown many stones and options and never felt pressured to rush a decision or go above our budget. The final product is absolutely stunning and we would not hesitate going back to Larsen's in the future.

Nadia Carrivale
08:38 21 Nov 21
Jacinta at Larson jewellery helped create my dream engagement ring. Jacinta was amazing throughout the whole experience and made everything so easy. She is highly professional, honest, knowledgeable and so lovely. I absolutely love my engagement ring! It’s everything I dreamed of and so much more. Thank you so much Jacinta and the team at Larson. I highly recommend them for all your jewellery needs.