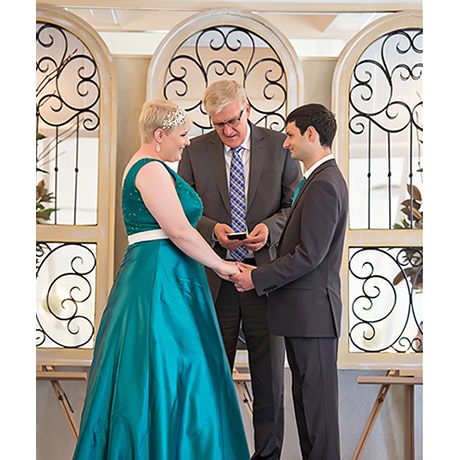 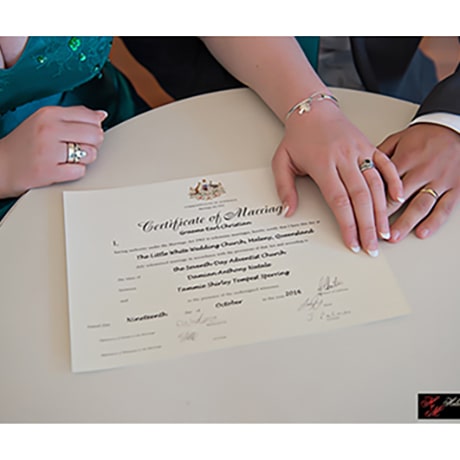 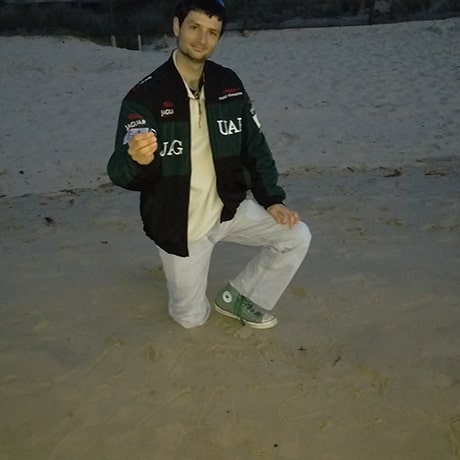 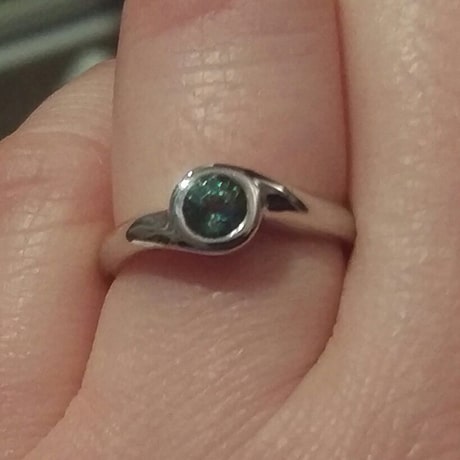 Not long after our second anniversary together, my husband and I went out to Hogs Breath for dinner. It was nothing fancy, just our local favourite spot to eat. Afterwards, Damian suggested we go down to the beach for a wander as we weren’t far from a lookout near Frankston.

We didn’t find where he had in mind, but we did end up near the Pier in that area. It wasn’t a warm night, I had thrown on two light zip ups I’d found in the car, to keep warm, and we just admired the sea at sunset. At one point I bent down to write something in the sand, and then Damian went to do the same. I turned to look at the sunset and take photos and wasn’t in a hurry to turn around even after he asked me to. Eventually I turned around to see him on one knee, holding up the engagement ring, and the words, ”marry me?” written in the sand.

Apparently I was too busy hugging him and trying on the ring and getting excited and I didn’t even actually say yes at first. Anyway, he’d organised with our housemate to have an engagement rose and chocolate milk, and wine glasses to toast the engagement (I don’t drink and chocolate milk is my favourite). That wasn’t the end of it, however, as Damian closed the boot after getting everything out and locked the keys in the car! We sat out on the wall waiting for RACV to come and unlock the car for us, snuggling to keep warm, and eventually calling parents and close friends. It was a great evening, though. And our wedding was perfect, eleven months later.

Did you know that we don’t only make engagement
Some rings are a particular joy to create. The det
Jumping into the weekend like… P.S. don’t for
Just a little yellow sunshine to brighten up your

David Kent
03:16 17 Sep 21
We were looking for a 'Russian wedding ring' for years, before deciding to look for a jeweller to make us one.We are extremely pleased with the ring we had made to order by Larson Jewellery. It has been a smooth process from start to finish (despite COVID restrictions) and we are grateful to them for all their help, and the ring they delivered.Highly recommended.

Carmel Flynn
07:11 15 Sep 21
Love the service and the beautiful jewellery Larsen's provided to us for our wedding rings. Could not recommend more highly.

Travis Chard
00:07 09 Sep 21
Everything about the Larsen experience was amazing! From initial consult for a custom piece, through the design process and once completed - the support from staff, the quality of the product and the overall professional integrity was incredible! Definitely recommend!!

George Hysteric
09:36 06 Sep 21
We went to Larsen Jewellery for an engagement ring and after visiting a few other jewellers in the city, Larsen stood out by a mile thanks to their warm, sincere and no-pressure service.We got a custom-made ring based on our idea with the help of Larsen designer Fleur, who designed a stunning ring for us.Fleur communicated with us frequently throughout the process and kept us updated, even during the lockdowns of 2021.The finished ring looks absolutely amazing and we have no hesitation to recommend Larsen Jewellery!

Caitlin w
00:23 02 Sep 21
Larsen have been amazing for our rings. Always taking their time to explain the process and never feeling rushed. Thanks to Jacinta for treating us with such care and checking in.
See all reviews