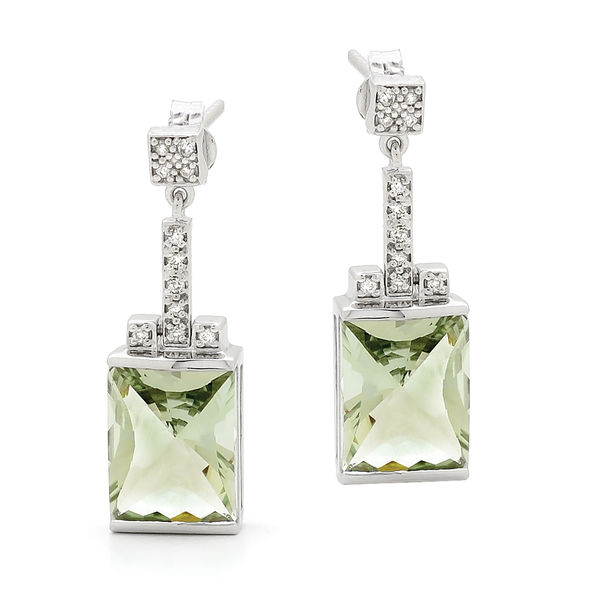 Amethyst is the purple / violet variety of quartz that has been widely used in jewellery for thousands of years.  Colour ranges from very pale pinkish-purple to beautiful deep, rich purples that can have a secondary colour of red or blue.  Generally speaking, it is probably the most valuable in the quartz family, but is still a moderately priced stone. However, prices can be somewhat high for large stones of exceptional quality.  It is a fairly abundant stone and is commonly used for faceting, cabochons, beads, carvings or as an ornament in its natural crystal form.

The folklore surrounding amethyst often refers to alcohol, and the Romans believed it would prevent drunkenness, indeed its names derives from the ancient Greek meaning ‘not drunk’.  It is worn by most catholic bishops and is said to symbolize piety and wisdom… so it is sometimes called the Bishop’s Stone.  The believers in the healing powers of stones will give you a long list of its health and magical benefits.

Synthetic amethyst does make its way onto the market but can be difficult to detect and the cost of testing is considered prohibitive compared to the value of the stone.

Amethyst occurrence is extremely widespread but the most notable locations are Brazil, Madagascar and the US.