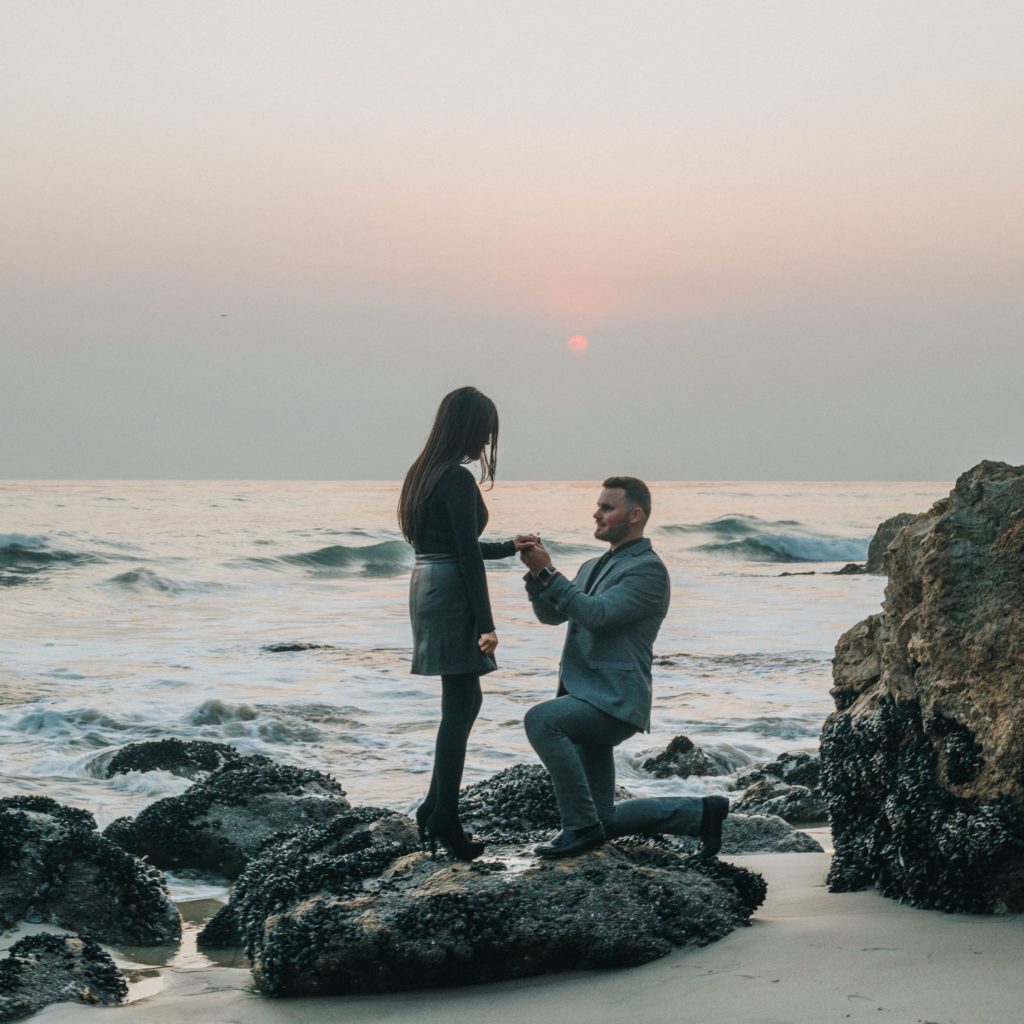 The moment you ask someone (or someone asks you) to spend the rest of your life together will be one of the most important days of your life. Wedding proposals only happen once for most of us, so it’s only natural that we want that moment to be as personal and memorable as possible, with a unique engagement ring and an extra-special backdrop to make your special moment unforgettable.

Some of the best-laid wedding proposal ideas are elaborate plans that have been prepared for months or even years and are designed to surprise, delight and shock the bride-to-be. Others are touching, simple and speak straight from the heart. No matter how they are done, the best wedding proposals are sure to touch your heart and bring a tear to your eye.

Check out these unique ways of dropping to one knee; they’re sure to give you some great wedding proposal ideas for your own special day.

One clever romantic gave his girlfriend a necklace he had hand-carved, made out of wood, for their one-year anniversary. She was touched by the special gift, and wore it around her neck almost every day, for over a year, not knowing that the whole time, there was a little surprise hidden in there.

When they travelled to Smoo Cave in Scotland on holidays, a destination that they had always wanted to visit. It was a special cave where light streamed down from a hole in the roof of the cave. They decided to take a photo in the beautiful spot.

He asked to borrow the necklace to take a photo of it. The next minute, he broke the necklace open, revealing the engagement ring hidden inside, and the rest is history.

She was, however, (understandably) aghast that she had unknowingly been wearing a diamond ring around her neck for a year and felt incredibly lucky that she didn’t lose it!

This man was devoted and patient. Knowing that he wanted to marry his partner, he planned the proposal a whole year out and decided to lead up to a surprise proposal while on a family holiday in Aruba.

He was so dedicated that, for 365 days, he filmed himself holding signs asking his girl to marry him. Even though some days they would probably have been fighting, or he would be busy, he stayed committed to doing it, even right up until the day he asked her to marry him in Aruba.

Somehow, he pulled it all off without his wife noticing his photos or his signs.

Here’s the result. We’re not crying, you are.

While this isn’t physically possible for most of us, for these Yoga enthusiasts, this proposal was a dream come true.

Alec decided to take his partner Steph to Oahu, Hawaii, where he proposed on a beach while performing a complicated Acro yoga routine. In the video, Steph immediately breaks down, says yes, and is seen trying to maintain her balance and composure while in the challenging pose; not an easy feat.

Once they’re the right way up again, the tears come fast as the couple embrace in an emotion-filled hug.

4. Jumping out of a plane

While this lucky lady’s birthday surprise was expected, her partner’s proposal wasn’t. In a day full of surprises, Austin took partner Catherine to do something she that had always been a dream of hers; to go skydiving. But she was yet to find out that the best was yet to come.

The couple landed safely back on the ground and proceeded to take photos. Catherine, assuming the photos were for her birthday, thought nothing of it.

Then, in a heart-warming move, Austin gives a ring to their daughter, promising to love and care for her and involving her in the action. Then he proceeds to propose to Catherine, who becomes choked up with emotion and disbelief; and can’t believe the size of the beautiful engagement ring, saying; “Is this mine?”

Even then, the surprises aren’t over; they end their day riding away in a horse-drawn carriage adorned with roses, just like a fairy tale.

This over-the-top marriage proposal involved an entire cast of friends and family. A very surprised Amy sat in the back of the couple’s slowly-moving Honda CRV, watching while friends and family serenaded her down the street. They sing in a coordinated lip sync, complete with synchronised dancing and costumes, to Amy’s ever-growing surprise.

At the end of the show, the crowd parts at the end of the song, revealing Amy’s partner Isaac, who gets down on one knee, telling her; “You have already given me a lifetime of happiness. Will you let me spend the rest of my life trying to give you the same?”

This television producer from Los Angeles devised a clever way to propose to his partner. Kornelius had been planning his proposal to Rachel for months.

He devised a scheme where he asks a photographer to call his partner Rachel directly to set up a photoshoot. The photoshoot is happening on a beautiful rooftop with a helicopter in the background. After a few shots, Rachel is told to hold rose petals, then spin around and throw them in the air for the shot. She has her back to Kornelius. When she turns for the final shot, she spins around, rose petals flying in the air, to find Kornelius kneeling, with a ring at the ready.

He delivers a heartfelt proposal to teary Rachel, who accepts.

Best of all, they have amazing photos to show for it!

Ginny thought she was going to the movies to see an action film with her brothers. As the movie is starting, she tells her brothers; “this had better be good”. But it was about to get a lot better than she expected!

In an ambitious move, her partner Matt had decided to rig Ginny’s whole movie theatre experience. He had pre-made an entire movie trailer for her. The trailer starts with Matt asking Ginny’s dad for permission to marry her, but the two are only shown from the neck down.
At first, Ginny isn’t quite sure what is happening. She can recognise their voices but can’t see their faces. Then, as her dad gives permission and the camera pans up and she sees her father’s face, she breaks down.
The trailer continues, with an action-packed theatrical trailer featuring Matt rushing to the movie theatre. At the moment he reaches the movie theatre doors, real-life Matt dramatically enters the movie theatre to sweep Ginny off her feet in this perfectly-executed proposal.

As if an action trailer wasn’t enough, Kris decided to create an entire real-life musical to propose to her partner, Lauren-Joy.

When Lauren-Joy sat down to see “a brand-new musical”, she had no idea she’d be watching the entire story of their relationship, as told to her with the help of family and friends in a colourful musical. A few days after the proposal, the couple decided to come out on Facebook; and were overjoyed by the positive reception they had to their love.

We can’t all expect to have such perfectly planned and executed surprise wedding proposals; and besides, that’s not everyone’s style.
Sometimes all you need is a unique engagement ring and moving words that come straight from the heart, to make your wedding proposal as special as it can be.

Let these wedding proposal ideas be the inspiration you need to create your own unique proposal moment. And, if that’s not your style, use small touches to make the moment unique and special, like a custom engagement ring, or a secluded, untouched spot to propose in; just don’t leave the ring there! The moment is your own, as a couple, so make it distinctly yours, and unforgettable in your own special way.

So, there you have it; 8 unforgettable proposal videos. How will your wedding proposal go down? Share your ideas in the comments below! 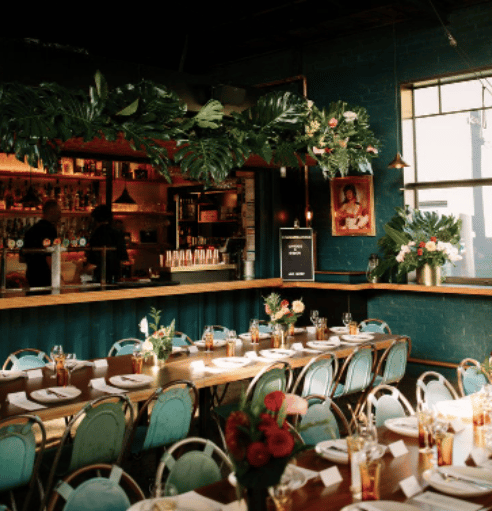 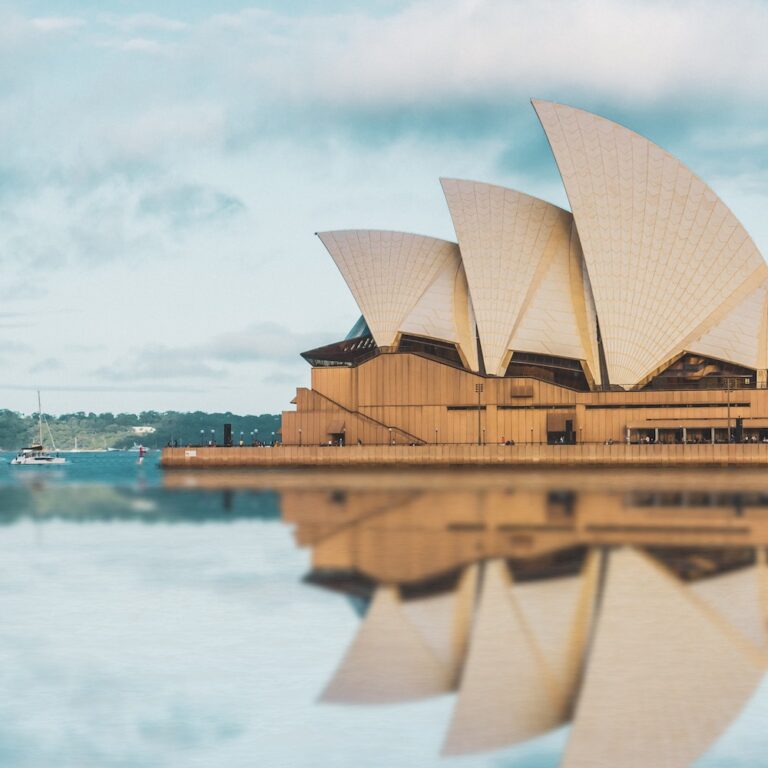 Romantic Proposal Ideas Sydney Sydney is one of the most beautiful cities in Australia and if you’re looking to tie the knot,... 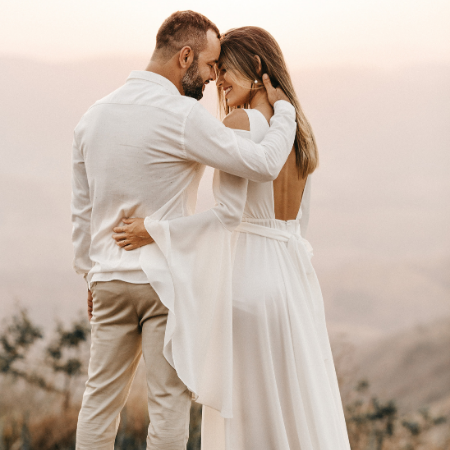