A Groom’s View – Bride To Be 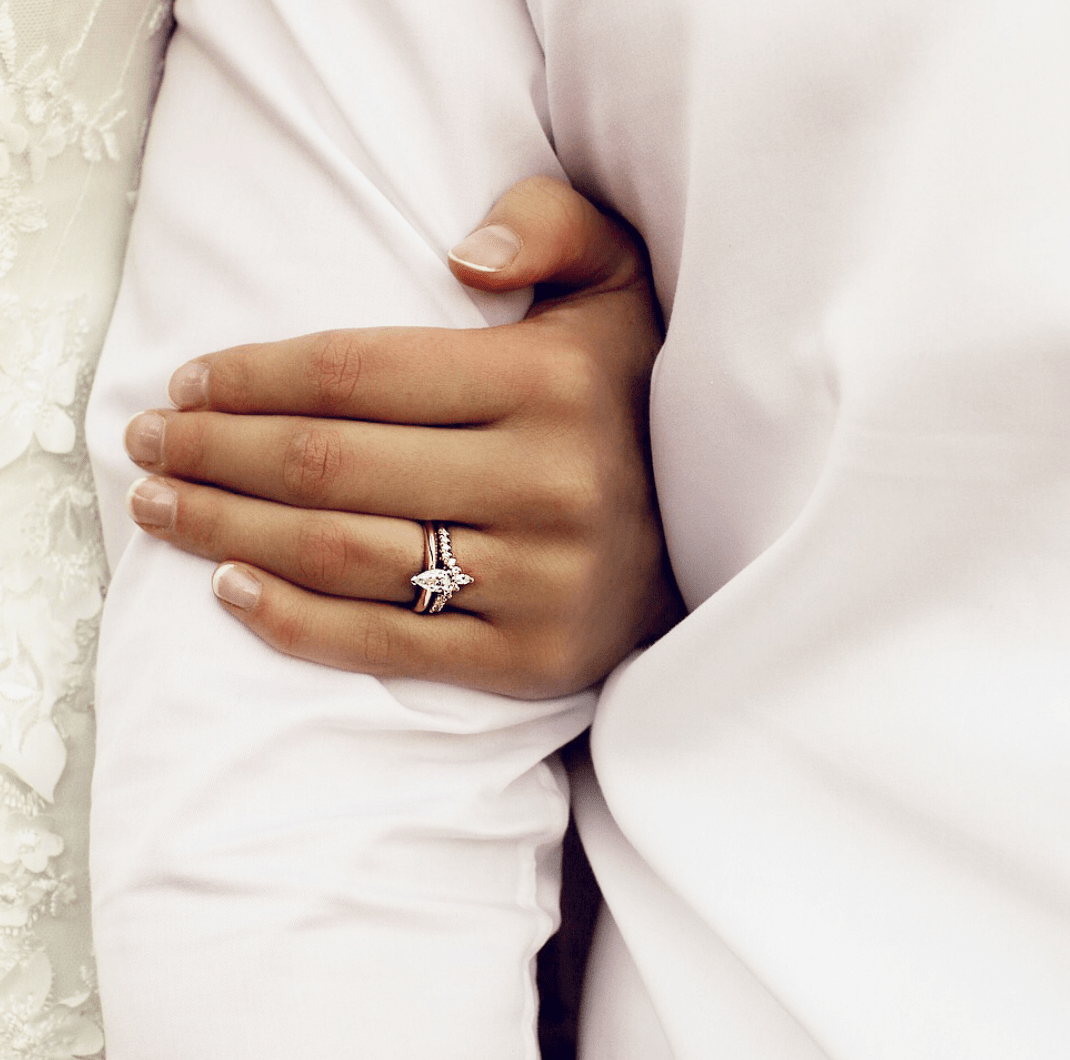 Back in 2011, we were visited by Marc Glassman from Bride-to-be magazine. So impressed by experiencing what we like to call “the Larsen difference”, he felt compelled to write the piece below. We take great pride in providing exceptional customer service and creating beautiful engagement rings that don’t break the bank. We’re so happy to have maintained this standard for thousands more grooms-to-be like Marc over the years since.

Groom-to-be Marc Glassman shares his thoughts on the guy’s journey down the aisle. Here he brushes up on his four Cs as he prepares to ask girlfriend Chrystal if she’ll marry him.

Ever since I planned to propose to my girlfriend, I’ve discovered a wedding involves many decisions. In fact, the first decision starts even before the proposal – buying the ring. Now, I’ve never been fantastic at making decisions. In fact, I need hours of careful planning just to decide on a filling for my sandwich at lunchtime, so having to make the most important (and expensive) purchase of my life was daunting.

Weeks before, my girlfriend and I were on a bus and a woman across the aisle was wearing a ring with an oval diamond and a half-bezel setting. ‘Look, look how beautiful her ring is,’ Chrystal said excitedly. The idea of proposing was still in its fledgeling stages at this point, but a clue like this was too good to pass up. So, pretending not to have heard, I peered over from under the cover of my sunglasses. With my iPhone at the ready, I managed to snap a distant and blurry, but useable, pic as we got up to leave, and it was this that I presented to the jeweller, Michael.

I thought I’d done the decision work, so I was astounded to be asked how much I knew about the four Cs. When I just stared at Michael blankly, I’m sure I caught him rubbing his hands together gleefully under the counter.
I’d once read that two month’s salary is a good amount to spend on a ring. I’d been putting a few bucks away here and there, but really, two months’ salary? What with rent, commuting costs, our recent trip to the UK and a passion for fine dining, I was short of the golden figure. However, Michael and I spent half an hour talking through options and examining a chart of clarity, colour, cut and carats. In the course of our conversation, Michael even explained how ‘special’ customers like me were a pleasure to work with, rather than those looking for replacement watch straps and cheap earrings.

By the time I left, I was armed with a sketch of what the ring might look like, and an appointment for the next weekend to look at stones. In one short trip, I was halfway there.

Over the next week, I took note of every engagement ring we happened across, whether in shop windows or on the finger of recently engaged friends, and I judged Chrystal’s reaction. We’d run into an old work colleague who had a HUGE diamond, but even my untrained eye could see it was a murky yellow. And, by way of contrast, another friend proudly claimed to have a completely colourless, faultless stone, but it wasn’t exactly weighing down her finger.
So, armed with my new research, next Saturday morning I headed back to see my pal Michael, sure that he would be excited to see his ‘special customer’.

I caught his eye and waited for the warm welcome. ‘Yes sir, how can I help you?’ was his unexpected greeting. ‘Hi Michael, I’m back as arranged.’ Nothing. ‘About the engagement ring?’ I’d had a haircut since last weekend but surely I must have looked familiar. After all, I was prepared to thrust thousands of dollars in his direction!
Michael tapped away at his computer, pausing a couple of times to serve customers wanting faux-leather watch straps. ‘Ah yes, you came in this week and I showed you a couple of rings!’ I explained he was mistaken. ‘Oh, but you had a look at a few diamonds’. Again, I corrected him. He went to the back room and came out with a single tiny round diamond to show me. Underwhelmed and unimpressed, I left.

Back to square one, I took the first bus into the city. After traipsing from one unsuitable jeweller to another, I was close to giving up hope when a quick Google on my phone led me to Larsen Jewellery. There was no fancy shop window, just a plain door on the fifth floor of the Strand Arcade. I was greeted by head jeweller Gillian, and as she cleared an area for me to sit down I glanced at the display cabinet and I saw it. A white gold ring with an oval diamond in a half bezel setting. If I didn’t know exactly what I wanted before, I did now.

Instead of just showing me a chart, Gillian produced a series of actual diamonds and an eyeglass, so I could see the difference between an inclusion and a slight inclusion, and I could compare an E colour with a G.

She didn’t have any oval diamonds at that time, so I went back the next week and was greeted with a, ‘Hi Marc, I have those diamonds you asked for.’ A refreshing change from my previous experience.

I was shown seven or eight oval diamonds, all within my price range but varying in size, colour and clarity. We looked at each carefully and slowly. Then I looked at them again, and asked questions, and considered, and looked again until eventually, I narrowed it down to the perfect one. It wasn’t the biggest, nor was it the whitest, but the balance was just right.

Five weeks later, the ring was ready. In making the ring, Gillian had obviously given it as much care and attention as she had given me. The diamond looked incredible in the setting and I left hoping it would convince Chrystal to become my wife.

Have you had a similar experience to Marc, please share your comments below? 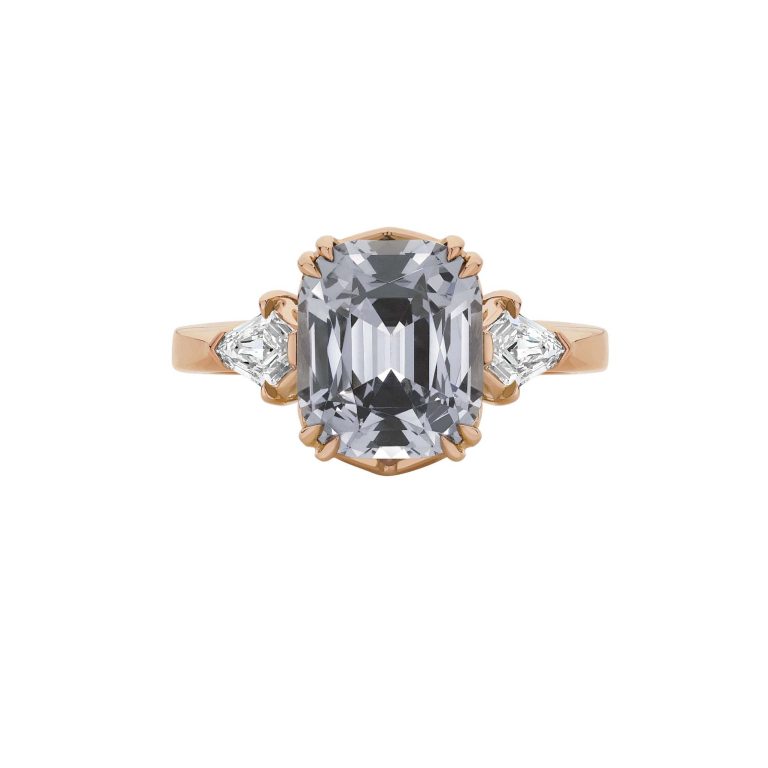 Larsen Jewellery is delighted to have custom made the ring for The Bachelor Australia Series 7 as the Official Ring Partner for...

READ MORE
In The Media

The Official Ring Partner of The Bachelor – Season 6

This error message is only visible to WordPress admins


Error: API requests are being delayed for this account. New posts will not be retrieved.

Jerry Huang
08:32 06 Jan 21
We have our own engagement ring and wedding band design in mind and Fleur made it even better with her inputs. Thank you for all your help and professionalism. Would highly recommend!

Boris Peters
19:38 04 Jan 21
Alex from Larsen Jewellery was absolutely outstanding!! He helped me create the perfect engagement ring for my partner. His knowledge and professionalism towards the craft is beyond incredible. Alex went above and beyond guiding me through the process even during the numerous Victorian lockdowns. I was very pleased with the service and quality of the ring Alex created. I will definitely be telling my fiends about Larsen and thank you once again for the amazing experience.

A VR
22:51 29 Dec 20
It's not often one gets to experience exceptional product and service these days, and when it does occurs one does really appreciates it. Larsen Jeweller's are the exception and the professional service and care shown to me when designing my wife's 20th anniversary ring was simply outstanding.Rod was the Jeweller that saw to my design and most valuable input to the design, and I could not be happier with the result, and more so my wife.She absolutely loved the ring and was absolutely thrilled with the design and craftsmanship. Highly recommend for anyone looking to either create your own design or buy from their extensive range which they have to purchase in store or online.Thank you RodArlan & Vanessa Van Rooyen

krishen thayanantha
09:08 27 Dec 20
Staff are super friendly and help out in every way possible. They mirror your excitement and also provide a nice champagne bottle upon collection of your ring. Fleur was a pleasure to deal with. Highly recommend these guys.

Tim King
09:20 21 Dec 20
We had a fantastic experience having my partners engagement ring made at Larsen. Fleur made the process so easy and enjoyable for us, you can tell she is really passionate about what she does. We appreciated the regular, detailed updates whilst the ring was being made also.After picking up the ring and having it for a few days, we realised it was just a tiny bit too big for my partner. We took it back in to have it resized, and had it back within 2 days as the jewellers prioritised getting the ring back to us so that my partner could enjoy it throughout the Christmas and New Year period. Outstanding service and I am not surprised to see a perfect 5 star rating. Well done guys and thank you!
See all reviews