Toi et Moi engagement rings are the hottest trend of 2022. But what inspired this two-stone ring style and why is it so popular?

We’ve previously talked about why asymmetrical engagement rings are a great option for those looking for a unique ring design. For many, asymmetry is an excellent, eye-catching alternative to traditional engagement ring styles.

Asymmetrical rings use unconventional shape combinations and placements to create exceptional designs. Balance is important when working with asymmetry, but the results can be incredible! An asymmetrical ring is also a beautiful way to capture the personality of the wearer. If the simple solitaire has never appealed to you – an asymmetrical ring could be the answer.

The toi et moi style is one of the most romantic engagement ring designs of all time. Translated from French as “you and me,” these designs feature two centre stones instead of one. This symbolises both partners in a couple and the bond between them. The idea is to encapsulate the relationship in the design. There is nothing more beautiful than two different people coming together in love, and this is what toi et moi represents.

Adding sentimentality to asymmetrical design in this way can create some stunning results. The two stones of the toi et moi ring are often of a similar size or shape, but this style is very versatile. Toi et moi designs can be opulent or simple, depending on what best suits the wearer. Popular variations include choosing two different types or cuts of gemstones. The stones may also be set in an unusual way or have a gap between them. The two centre stones can speak for themselves or enhanced by side stones and other details.

As with all asymmetrical rings, the key is maintaining balance in the design. Otherwise, there are endless possibilities when working with such a unique style!

Where it all started: Toi et Moi in history

While the toi et moi trend has taken off lately, this style of engagement rings is not a new thing. In fact, the two-stone ring style has shifted in and out of popularity for centuries.

The “you and me” concept may have originally taken some inspiration from Roman wedding rings. Some extant rings from as early as 200 C.E. feature a pair of clasping hands, to represent the united couple. This sweet detail is still included in some Italian wedding bands and may have sparked the idea for toi et moi.

The most famous toi et moi ring dates back to 18th century France. Napoleon Bonaparte gave such a ring to his future wife, Josephine de Beauharnais, in 1796. Empress Josephine’s ring features a pear-shaped diamond and matching blue sapphire. The stones are set top-to-bottom and weigh around one carat each. The pair’s marriage lasted over a decade despite criticism, and they remained beloved to each other their entire lives. This famous engagement ring remains an expression of their devotion to each other. Empress Josephine’s descendants also wore the ring for several generations.

The toi et moi engagement ring style remained popular into the 19th and 20th centuries. It was a favourite throughout Europe in the Victorian and Edwardian eras, and several toi et moi rings are still in existence from this time. By the 1950s and 1960s, the style was a romantic statement for royalty and celebrities alike.

In 1953, J. F. Kennedy proposed to future the first lady of the United States, Jackie Kennedy, with a toi et moi ring. This incredible ring features a 2.88ct emerald cut diamond and 2.84ct emerald. It was worth over one million dollars at the time and was a perfect match for the fashion-forward Jackie. In 1963, Jackie had 2.12ct of marquise cut and round diamonds added to the ring in a laurel wreath shape. This addition elevated the toi et moi centre, transforming the ring into the iconic piece it is today.

Queen Margrethe II of Denmark was also gifted a beautiful toi et moi ring by Prince Henrik in 1966. The Danish queen’s ring is no less impressive than Jackie Kennedy’s despite its simple design. It features two enormous cushion-cut diamonds, which each weigh around six carats. The two stones are set in an oblique manner, adding a unique twist to a classic engagement ring. Queen Margrethe is also a descendant of Empress Josephine, making the ring the perfect tribute to the romantic toi et moi tradition.

The style returned in 2018 thanks to Emily Ratajkowski’s stunning self-designed ring. The American model and actress wanted something truly one-of-a-kind for her engagement ring. The final design took over 50 design sketches and several months to create. The ring features two diamonds, a princess and pear cut, and weighs in at over 7 carats altogether. The understated yet elegant design turned heads and marked the beginning of a new celebrity love affair with toi et moi.

Ariana Grande also joined in on the two stone resurgence in December 2020. She received a unique pearl and oval diamond ring by her now husband, Dalton Gomez. While pearls are not an ideal choice for a ring as they are so delicate, they hold special meaning to the singer. Grande’s ring captures the romantic and sentimental aura of the toi et moi concept.

Kylie Jenner and her daughter Stormi also received matching toi et moi rings in November 2021. Jenner clarified that these were not engagement rings, but a sweet symbol of the family’s loving bond. Each ring, gifted by Jenner’s partner Travis Scott, features a radiant and pear cut diamond.

In January of 2022, Machine Gun Kelly also presented his now fiancé Megan Fox with a two stone ring. The ring features two sizeable pear-shaped stones: a diamond and an untreated emerald. True to toi et moi, the pair of over two carat stones each represent the couple’s birthstones. The ring also has magnets buried in the gold, allowing it to be worn together as one or two separate rings. While they were not the first couple to return to this style, there is no doubt that this ring is exceptional!

Could Toi et Moi be the design for you?

If you think toi et moi rings are a beautiful style for an engagement ring, you are not alone! Our team has absolutely fallen in love with these rings and their wonderfully romantic history.

Unique engagement rings are our speciality, and we would love to guide you through creating your own toi et moi ring. During the design process, we can take you through which stone options would best suit you and your partner’s personalities. Once these stones are chosen, we can transform your ideas into sketches to show how they will fit into the design. You can also use our computer rendering design service to see exactly how your ring will look before it is made.

Whether you are looking for simple elegance or out-there individuality, we can’t wait to bring your one-of-a-kind toi et moi to life!

What do you think of the toi et moi trend? Would you love an engagement ring like this? Let us know below! 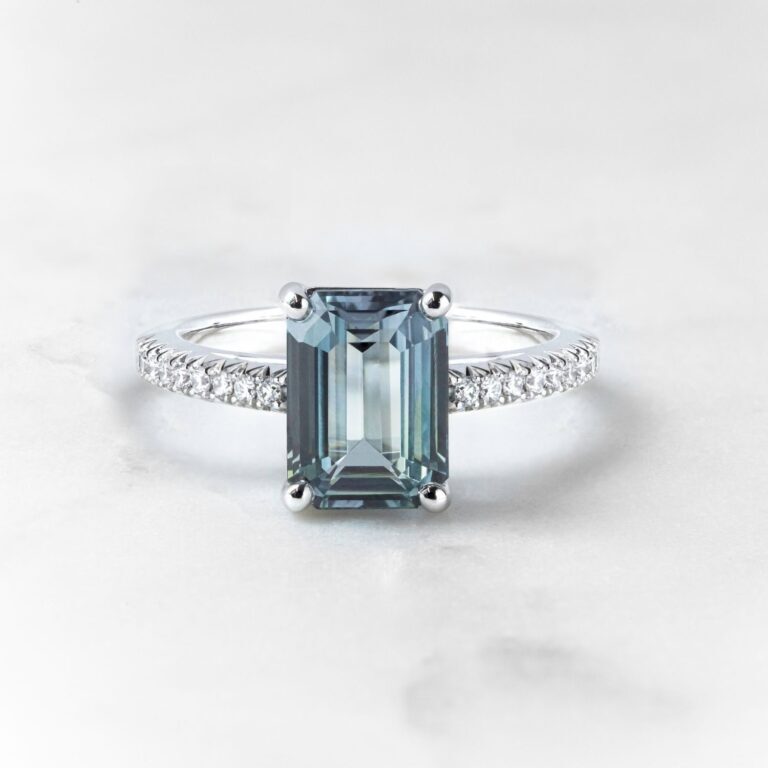 Five Emerald Cut Styles to Consider for Your Engagement Ring

Emerald cut gemstones are one of the biggest trends for engagement rings this year. Read on to find out what we love... 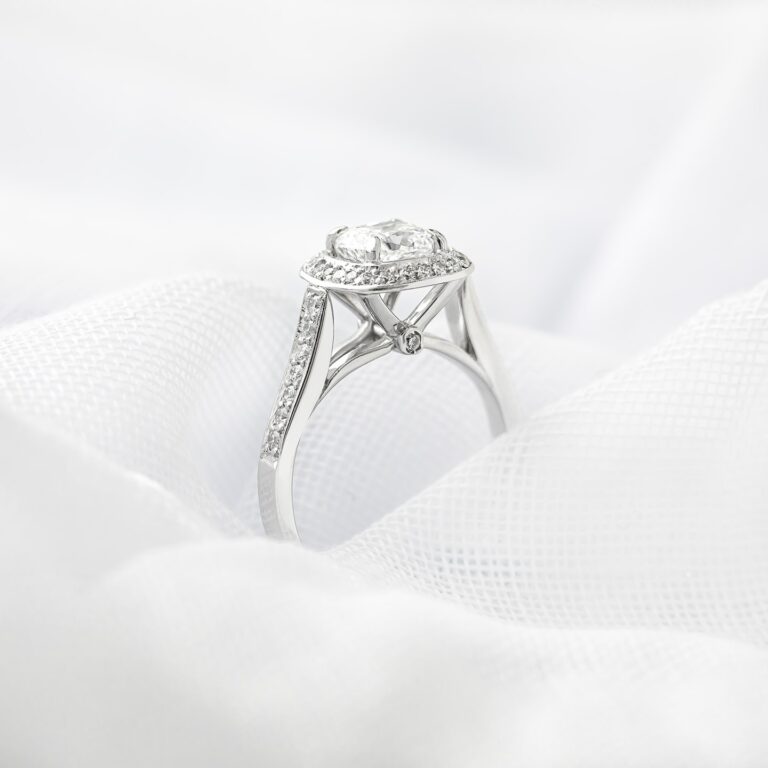 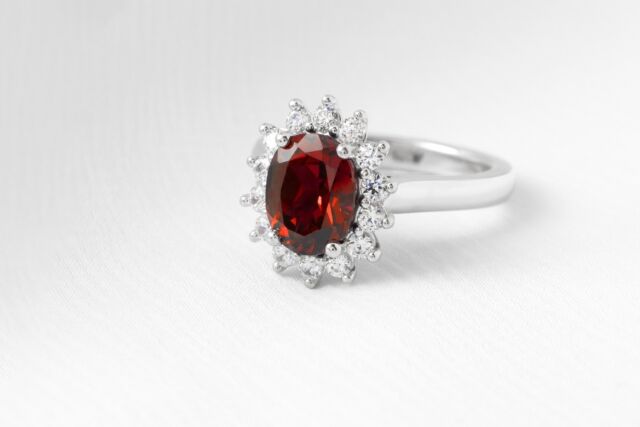